Bulletin BoardThere’s an old saying that human beings are a lot like teabags.

There’s an old saying that human beings are a lot like teabags.

There’s an old saying that human beings are a lot like teabags: you never really know what their true flavor is until they get in hot water.

This was certainly true of the principal characters involved in the week before Jesus’ death at Calvary. Under the intense heat and pressure of the events of Holy Week-Good Friday in particular-the flavor of their characters was released.

For example, the Gospels indicate that until that time, Judas had apparently been able to fool everyone into thinking that he was a good guy, full of compassion and concern for the poor. On, Maundy Thursday, the flames of greed, resentment, and selfishness caused the real Judas to boil over. In conspiring to hand Jesus over to death for thirty pieces of silver, Judas’ showed to all that he was a liar and thief.

During the Last Supper, Simon Peter vowed that he would defend Jesus to the death. A few hours later, though, Peter felt the heat as he as he stood by an open fire and was grilled about his relationship with Christ. Afraid that the crowd might turn on him if he told the truth, Peter crumbled under the glare of public scrutiny and three times denied even knowing Jesus.

Pontius Pilate was thought to be the supreme authority in Palestine. Backed by the full power of the Roman Empire, he exuded the air of confidence and strength of a man who bowed to no one’s will. But faced with the political boiling pot of a cadre of local leaders and a hostile mob screaming for blood, he ignored his own judgment and conscience. Although he could find “no fault” in Jesus, Pilate succumbed to the pressure to maintain peace at any price and decreed that Jesus be flogged, mocked, and finally crucified.

The sweltering heat of Good Friday brought out some good character flavors as well. John, the disciple who was closest to Jesus, demonstrated his love and loyalty by being the only member of the Twelve that accompanied Christ to the Cross. As unbearable as it was to witness, John refused to leave his Lord’s bleeding side until it was finished and Jesus was dead.

Standing with John throughout the gruesome vigil was Jesus’ mother, Mary. Though the fiery ordeal of watching her son suffer and bleed, Mary’s faithfulness even “unto death” demonstrated the strength, goodness, and quality of character the angel Gabriel had spoken of years earlier at the Annunciation.

Similarly, by her presence at the Cross Mary Magdalene exuded the flavor of one of whom, as Jesus had said of her, “loved much” because she “had been forgiven much.”

More than anyone, however, the intensity of Good Friday brought out the flavor of Jesus’ himself. In the face of the outrageous injustices, the beatings, the humiliation, the insults, and the sheer physical pain He was subjected to, Good Friday released the overwhelming quality of Jesus' character. Without even a hint of bitterness, anger, or resentment, loved those who assaulted Him. He held out mercy and grace to those who betrayed and denied him. He offered Paradise to those who mocked him. He prayed for the forgiveness of those who nailed Him to the Cross. He gave his broken Body and spilled Blood to the world that had crucified Him.

On Good Friday, Jesus was plunged into the hottest water and released the sweetest blend of grace and mercy the world has ever known.

Perhaps that’s why Psalm 34 says, “O taste and see that the Lord is good!” 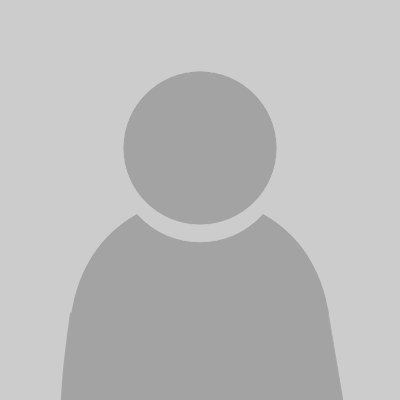 Be sure to check out this article in our full newsletter from December 2020 - Click Here!